PiZ-EzConnect KIT allows you to customize and build your own GPIO connector for a Raspberry Pi or a Pi-clone (e.g. Asus Tinker, PiOrange etc.) All 40 pins used by the Raspberry Pi are exposed. Soldering is required. 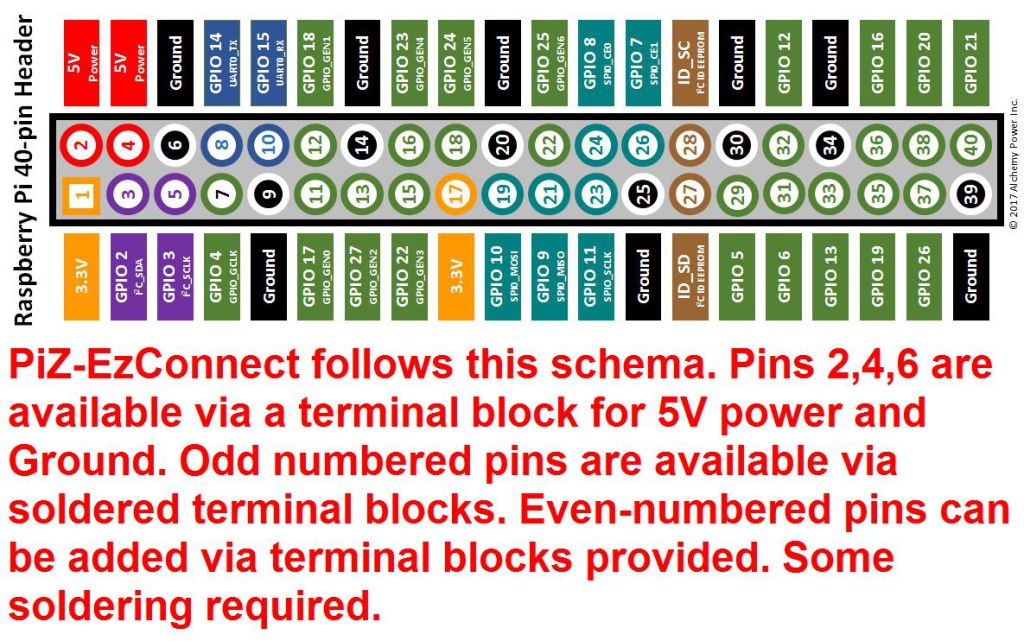 By default, we ship the larger, 40 pin connectors which works with the Raspberry Pi+ (models A+, B+, Pi-2 and Pi-3, and other vendors adhering to the HAT standard). Pi-Zero is also supported, as long as a 40 pin header is soldered onto the Pi-Zero. The mounting holes for the standoff for Pi-zero are such that only two standoffs can be connected.

$21.50
PiZ-EzConnect allows connection to any Raspberry Pi header pins via a terminal block. Like the Pi-EzConnect board, PiZ-EzConnect conforms to the Pi Zero dimensions, making...
Add to Cart

$22.50
With the Pi-EzConnect you can connect all sorts of electronics to a single Raspberry Pi  with no soldering or breadboarding! This HAT has screw-terminals for each pin on the Pi Header Key...
Add to Cart

$42.00
A Raspberry Pi Zero and Pi Zero W (abbreviated here as PiZ) is a small size computer tethered to the wall power outlet. It needs the power via the micro-USB cable to operate. When PiZ...
Add to Cart