The Squid Button makes it super easy to attach a push switch to a Raspberry Pi.

The Squid Button is in fact a momentary action push switch with trailing leads that end in female header sockets that will fit over GPIO pins on a Raspberry Pi, Node MCU or Particle Photon. To reduce the chance of accidental short-circuits when using the Button, each Button has a built-in 470Î© resistor that does not affect the switching action when connected to a GPIO input, but does mean that if the switch is accidentally connected across power connections your Raspberry Pi will not come to any harm. 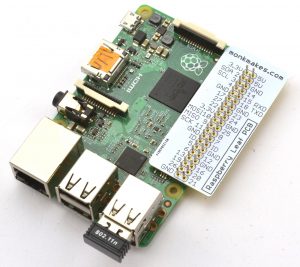 2. Attach the button as shown below, with one lead connected to GND and the other to GPIO25. If you don't have a Leaf, count along the pins to find the right position.

3. Now you can try out the Button using a little Python program. So, open an LX Terminal window and then run the command below (no need to type the $ sign):

When the editor has opened, paste the following code into it: 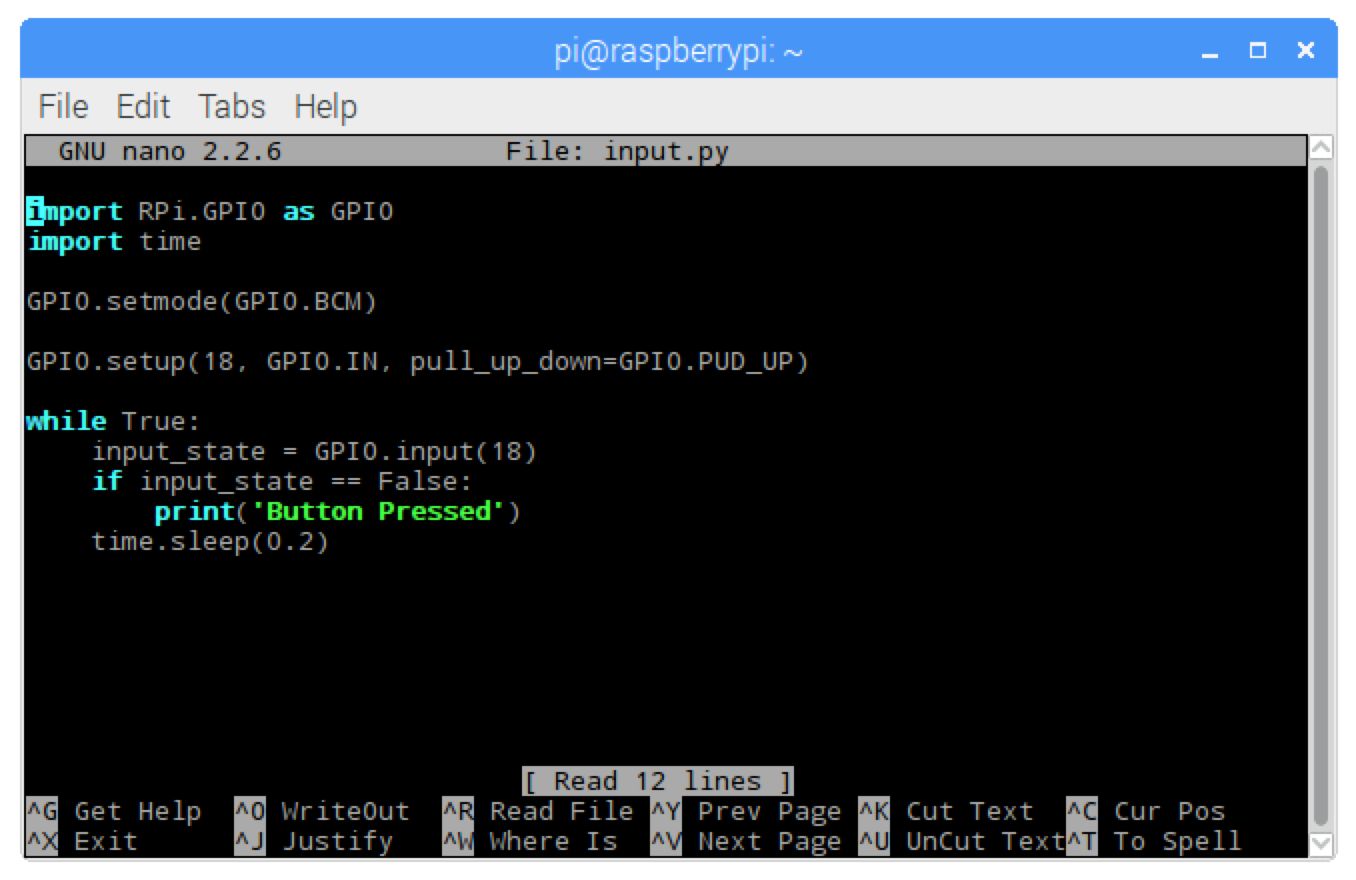 Save the file by pressing CTRL-x and then Y and ENTER to confirm.

You can now run the program using the command:

Now, every time you press the button, you will see the message Button Pressed.

To make it easier to use the Button, and to debounce' it, you can use the Squid library.

If you want to learn a while lot more about Raspberry Pi and digital inputs, you might be interested in one of Simon's books on the subject. Especially The Raspberry Pi Cookbook and Programming Raspberry Pi.

The Squid Button is actually great for making a ON switch for the Raspberry Pi 2 or 3. You can find instructions for doing this here.

$60.95
Add technicolour brilliance to your Picade or Picade Console with these addressable RGB LED arcade buttons, available in a 10-button kit (all buttons). Swap out your Picade's arcade buttons for...
Add to Cart

$8.95
Please note: This does not come with a Raspberry Pi Zero. Add extra functionality to your Raspberry Pi with this cute little shim that adds six buttons to your single board computer...
Add to Cart

$8.95
Button SHIM gives you five handy, physical buttons and an RGB status LED, and it's HAT and pHAT-compatible! Pimoroni's SHIM-format boards are designed to slip neatly onto your Pi's GPIO pins and...
Add to Cart